¿Oasis or just an optical illusion? 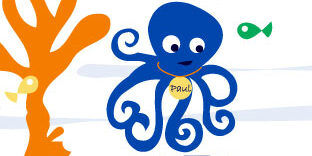 30 Ago ¿Oasis or just an optical illusion?

The world economy, the travel industry and its impact on the Basque Country.

There have been many financial crises over the past few centuries. According to wikipedia.org, dating back to the 19th century we have had 32 of them.

What is most amazing is that all are pretty similar in nature: positive trends take us to a euphoria where we believe everything will go up – a great financial orgy. Once greed sets in we all become savvy investors like Warren Buffet, but unlike him we over borrow and break the most basic rules of common sense until one day, one person, an event or who knows what makes it all too clear that we have been buying and selling hot air. In panic we try to sell, but who wants to buy hot air? Arrows pointing up go down, optimism turns to pessimisms, stocks fall, fake wealth is destroyed and with it many dreams of prosperity.

So lets step back to the late 90´s when internet companies managed by a group of computer geeks with no business plan became the “flavour of the day”. Every brick and mortar company was setting up an internet affiliate which on paper was worth even more than the parent company despite lacking, well… the brick and mortar, but also lacking the talent, the experience, the assets, the track record, the business plan and the cash flow. Then in 2001 we woke up and saw the reality: the shorts, the t-shirts, the parties and the red ink.

However, the pain was short lived. In my opinion this was due to the fact that the wealth destroyed was mostly “easy new money”. The companies that went out of business were mainly start-ups and their employees mostly people in their early twenties with time to recover financially. Last but not least, the banking industry came out practically intact. Therefore, easy come, easy go.

However the economic downturn that started in late 2007 has had a much deeper, sinister and lasting effect. This time around we speculated with our homes. Yes, me, you, your dad, the investor and the strawberry pickers. Ah, and I forgot, the banks also had their share of the blame, but no more than anyone else. The ones who decided to buy a home which was too big, too expensive and to take out additional equity to buy a summer vacation were not the banks – they only financed our dreams of prosperity. 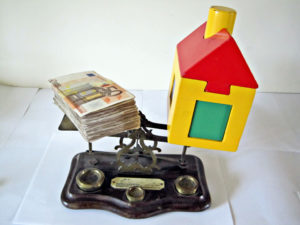 So this takes us to today… September, 2010. We have been in recession for close to three years. True, there have been a few bright spots like Germany growing at the fastest pace since the reunification of the country two decades ago. The words used were “surged ahead”, but 2.2% is not the most impressive number I have ever seen. In any case, this is export driven growth and if the world economy stalls it will drag down with it the hopes of Deutschland. Click here if you are interested in seeing how you stand in the global growth race according to the International Monetary Fund.

So despite not having our Paul the Octupus to predict the future, and knowing that we have the same chances of being right as the best economists of the world because they never get it right, here goes our prediction for the near term future of our economy:

Forget about that idea that these economists sold us on: GLOBALIZATION. The motor of the world economy was and continues to be the US. While the housing market will show some signs of stabilization in 2011 after the massive write-downs seen over the last few years, defaults on all types of debt (real estate, credit cards, etc) will continue for some time. Therefore a rebound will not occur till the later part of 2011 or even 2012 when job growth spurs some new confidence and puts more money into the pockets of the consumer. That being said, I agree with Moody´s who states that a recovery will be slow, even going out to the year 2016.

With the US consumer back at the stores those countries with stronger and/or healthier economies will also start to forget the word recession.

What about the travel industry?

So where does the travel industry stand? According the World Tourism Organization international tourist arrivals in 2010 are expected to be 3%-4% above those of the previous year. There are several reasons behind this resurgence in travel numbers:

01.We all love to travel and it is one of the last vices we are willing to give up. Perhaps less travel, less days, less expensive, but still a vacation.

02.The comparisons are versus 2009 which is one of the worst on record.

03.There has been substantial subsidizing on the part of governments to help out the industry.

04.And prices are falling over the board with many incentives to lure the customer to spend his or her limited budget. Therefore, despite higher volume, lower prices are and will continue to pressure margins until this “real” recovery of the economy takes place.

In the Basque Country

And now to zero-in on the Basque Country or Euskadi as it is called in Basque. According to official records, the travel industry is on a roll, growing at a 12% clip in July, almost three times that of Spain.

While positive, this trend will be short lived. The main reason is that a significant portion of travellers to Euskadi comes from the domestic market and from the other Spanish regional autonomies whose economies face significant financial obstacles over the next few years. As with the US, Spain has a now-not-so-red-hot housing market which had become almost the “sole export” over the past decade under both Socialist (left), Popular (right) and local governments. However, the difference is that prices have not dropped in recent years like in the US, a clear sign that the market is illiquid with imbalances in the forces of offer and demand. Therefore the slowdown will be more lasting – just a dull pain that will linger for a much longer period of time. Despite a banking sector that has passed the EU stress-test, lending will be slow out of the pole position, holding back the rest of the economy.

Looking at my crystal ball

Overall we can expect travellers to continue to tighten their wallets with a “going to the pueblo” or visiting our parents attitude.

My prediction is that growth rate in the number of travellers will at some point turn negative. Coupled with lower spending per person the situation will further deteriorate at an accelerating pace – dry wood and high winds working together to fuel the flames. Lower government subsidizing will also dampen the situation for a sector that will in the near to medium term continue to suffer the consequences of reduced available consumer spending. To put a date of recovery when tourist arrivals grow, and not at the expense of prices, we will have to reach out at least until 2013.

And if you are betting on the Spanish travel industry I recommend you short sell your stocks for the near to medium term.

Euskadi is one of the regions that has faired better since its real estate market was not overbuilt to the extent that some other areas of Spain have been. Therefore, a full recovery of the Peninsula will be at least one year behind that of the greener Northern coast.

Photo of house and money under CC license: Images Money